The time has come, my friends, to talk of many things: snippets of suffering, and the giveaway of four advance copies of Untold!

Every generation suffers in Untold, I like to think…

He sounded furious in the same frightening way he had before.

“So you told lie after lie, all for the best, until you had told so many lies you didn’t know how to begin telling the truth.”

“I could have forgiven you for any of those lies,” Dad said, though he didn’t sound forgiving. “But there were so many of them. You didn’t know how to begin telling the truth? I don’t know how to begin trusting you again. There was no time in our lives when you weren’t lying to me. There’s nothing to go back to.”

Kami could see their shadows, black against the yellow wall, and how far apart they stood.

“There was nothing you could have done,” Mum said, low. “I did wrong, but I did it because I love you and I love the kids.”

“It wasn’t your choice to make!” Dad said. “They’re not just your kids. They’re our kids. That’s what it meant when we got married, that we promised to make those choices together, and I always have.”

“I know you gave up a lot to come back to Sorry-in-the- Vale when I told you I was going to have Kami,” Mum told him unsteadily. “And you never threw it in my face, until now.”

“Well then,” Dad told her. His voice had changed too: it was very soft. “At last we find something we can agree on.”

They went into the kitchen. Kami heard the clatter of their movement, the absence of noise that was their furious silence. Her hand was still locked around the banister, gripping the wood as if there might be some comfort there. As if wood and stone were what her home was made of. She thought of Aurimere House, where Angela had said people were going to Lillian, where there might be answers.

Angela had said Jared was there too.

So what must one do to win all this suffering? 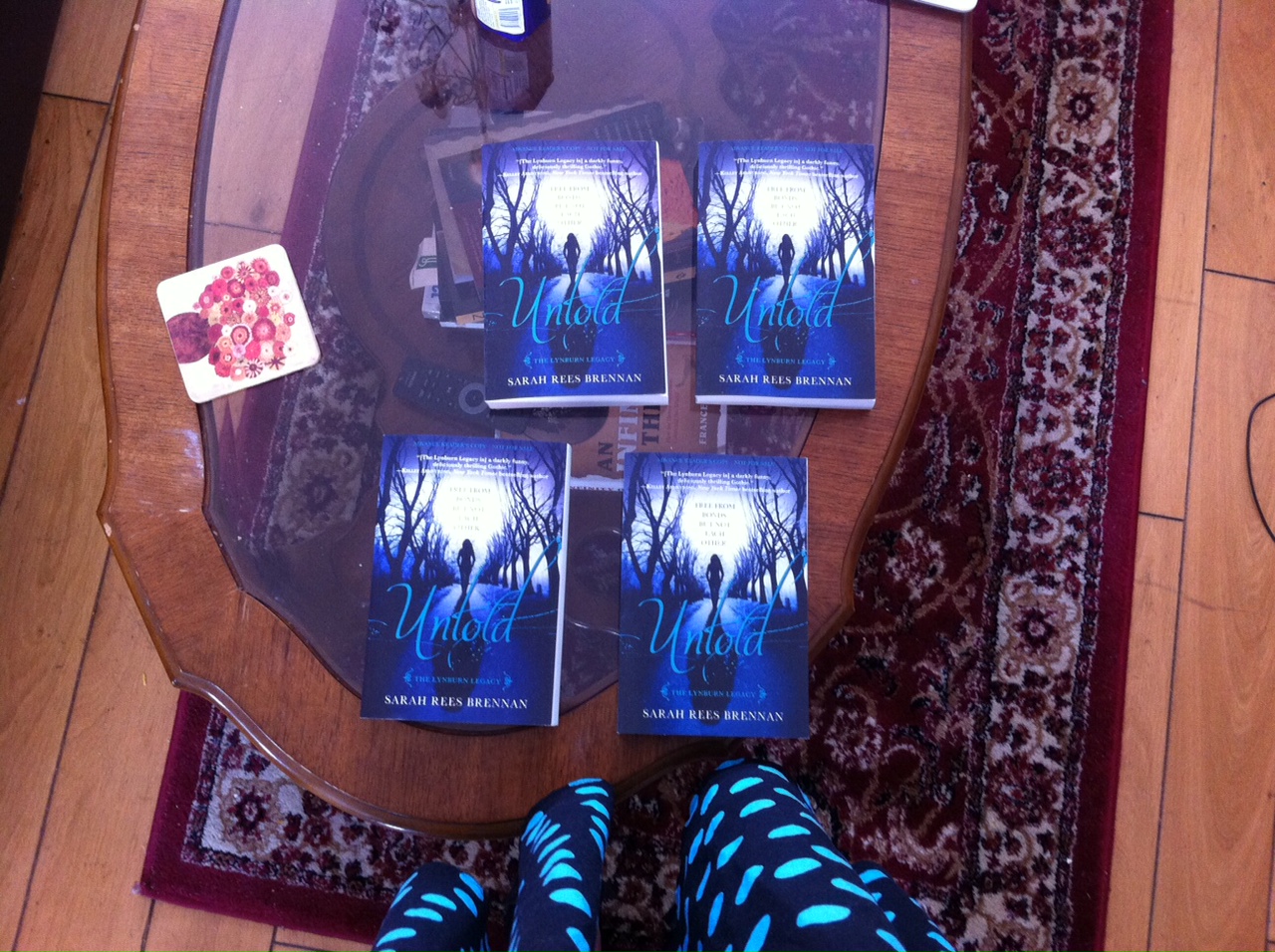 (Also, the font of the cover was based on the polkadots on my dress in this picture. Check skirt and font. True story!)

1. Art Challenge. Drawing, manipped photo, tumblr gif with hilarious words on, anything Unspoken-related visual and artistic, and I shall give the most artistic artiste a prize!

2. Words Challenge. Song, poem, story: anything Unspoken-related under a thousand words. We wordsmiths must stick together.

3. Picture Challenge. Take a picture of yourself reading Unspoken somewhere–the weirder somewhere it is, the better. 😉

4. Surprise Me. Everyone tends to be better at this than me, so if you think up something that doesn’t fit in the three categories, by all means–hit me! (Street/library posters. Pictures of people mildly concussed by Unspoken. Cosplay as the unicorn princess. Anything. Hit me! (DO NOT LITERALLY HIT ME.))

I will post the books to anywhere in the world. The contest will end at the end of this beauteous month of May. Just put links to your entries in the comments to this blog post, or its mirror on livejournal. I am looking forward to seeing what you guys come up with!