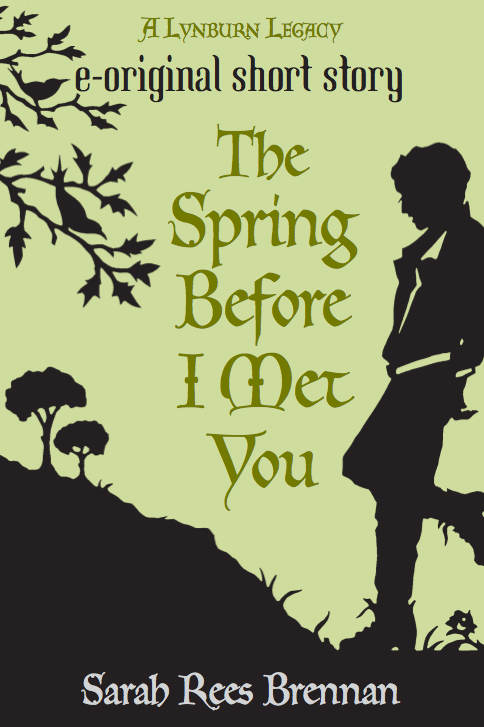 Unspoken is out today, and I am so excited for people to read it! I have a Gothic Tuesday for you all, but first I have this short story present, MOST FANCILY on amazon!

Holly Black wrote an introduction for The Spring Before I Met You, mainly because she saw all my attempts at writing my own introduction, along the lines of ‘This story is written by a lunatic about another lunatic’ and took pity on me…

I had the privilege of reading this story many months ago and swooning over it almost as much as I swooned over Unspoken, the first book of Sarah Rees Brennan’s gorgeously crafted modern gothic trilogy. Sarah’s writing is incredible in that she is able to write these witty, lush scenes that have you smiling along until suddenly, in a single sentence, she reaches out to break your heart.

This story introduces us to one of the main characters of Unspoken, Jared Lynburn. Seeing him as the broken, dangerous, closed-off teenager that he appears to be from the outside allows us to anticipate all of the insight we’ll have into his character when we get inside his head–which we will, since he’s the heroine’s “imaginary friend.”

I enjoy the contrast of Jared’s loneliness in the rough streets of Hunters Point/Bayview in San Francisco and the small, strange English town Jared is headed toward, and the girl he is about to meet. But most of all, in this story, I enjoy Jared himself, a character who is a study in contrasts–pushed to such extremes of despair and fury that he’s truly capable of anything and yet capable of vast kindness, gentleness and humor.

Scroll down to find and read The Spring Before I Met You!